Unless you’ve been living under a rock for the last few weeks, you might have been watching Channel 4’s revolutionary new TV show The Circle. It is the lovechild of Big Brother, Black Mirror and Catfish. You’ve got guys pretending to be girls, girls pretending to be guys, young people making themselves old, and even someone pretending to be straight. All in all, there was a whole lot of catfishing – the show had a lot going on!

If someone had pitched this programme a decade ago, it definitely wouldn’t have been as relevant as it is now. However in 2018, The Circle definitely has a lot of real-world implication for social media users, businesses and the channels themselves.

Catfishing is when someone takes on another persona and pretends to be someone else via social media channels. The motives behind catfishing are varied – some do it for revenge, some do it in order to escape their daily lives, and others for financial gain.   It’s safe to say that catfishing is a serious problem in Social Media. The concept was first explored in the 2010 film Catfish and its MTV spin-off. Catfishing is currently not illegal in the UK. There aren’t any official numbers for how many people get catfished, but we do know that it’s happening to thousands of unsuspecting people each year.

Who won The Circle?

Alex/Kate won The Circle on Channel 4, and walked away with £75,000. Alex Hobern used his girlfriend’s photos and created ‘the most popular person’ in order to get voted as an Influencer and ultimately win the game. The players were confined to their Ikea furnished apartments and only allowed to communicate with each other through the social media platform, “The Circle”. 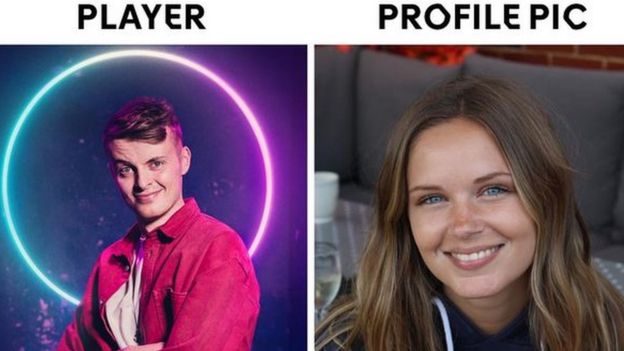 How has The Circle affected Social Media users?

Alex Hobern was a guy who used his girlfriend’s profile picture and created what he thought was the ‘perfect’ personality. He kept track of his efforts  with the help of a notebook and a collection of smiley, well-taken photos of his partner, Millie. For a while, Alex had everyone fooled, and caused quite the stir once his identity was revealed to the rest of the contestants. Was it right? Probably not, and it has raised a serious issue about who you can trust online, which is still a discussion point of the series.

The Circle affects social media users because it shows that we cannot truly trust 100% what we are presented with in the online world. While the majority of people may be honest on their profiles, people use social media to manipulate what they want others to see, and there are some who use social media for malicious means. Eery week, there are stories of men and women who have been duped into sending money or personal items to complete strangers via the internet. While defrauding people is illegal, the act of pretending to be a different person on social media isn’t.

How do you know if someone is catfishing you?

Do you suspect the person you’ve been speaking to online is catfishing you? There are signs you should look out for to determine the truth.

What can you do to protect yourself on Social Media?

If you want to protect yourself on Social Media or suspect the person you’ve been speaking to isn’t what they seem, you can follow these tips:

There are more tests that you can do to see if the person you’re speaking to is catfishing you, but these points will give you a very clear idea if something fishy is going on.

How could The Circle affect businesses?

Looking at this from a business perspective, it can be argued that organisations may be slightly better off compared to regular social media users. However, there is one thing that The Circle has taught us about Social Media advertising in this age of online: you need to make sure you’re targeting the right audience.

With Facebook, Twitter,  Instagram and any other form of social media advertising, it’s so important that you’re targeting the right people. This means making sure your advertising is focusing on more than just Interests, Age, Gender and Location.

You need to make sure your ads are targeting users who have engaged with your website or social media pages. With the help of a Facebook Pixel, you’ll be able to collect more than enough information in order to increase your clicks and conversions. This kind of tracking means that instead of relying on what Facebook/Twitter/Instagram is telling you, you have your own collection of data.

How to protect your business online

Here at Ricemedia, we want to make sure that your business is protected online. When we create your social media campaigns, we use as much of your existing audience data as possible. This means users that have visited or engaged with you before, as well as expanding and trying new audiences as well.

It seems like common sense, but don’t share private company information online. It’s best to keep it to the formal internal channels rather than risking it through social media.

A lot of catfishers can be stopped through common sense. Stopping to think about who the person on the other end of the computer is, will really help. If their behaviour is odd, or something just doesn’t seem right to you, it’s likely that they aren’t who they seem.

How could The Circle affect Social Media channels?

The major players in Social Media (Facebook, Twitter and Instagram) are aware that catfishing is a very real problem. They’ve got policies in place to help users report possible fake accounts, but sometimes they slip through the net.

The Circle has brought the concept of catfishing back into mainstream conversation. Users are no longer satisfied with waiting until it’s already happened, they want action to preempt the perpetrators. With Facebook and Instagram the main targets of catfishers, The Circle is highlighting how untrustworthy these platforms can be.

What have we learnt from The Circle?

The Circle has highlighted the importance of online safety and made it part of mainstream thinking once again. While mental health campaigners think that the show is rewarding users for being untrustworthy online, others think it’s a great way to progress their campaign towards making Catfishing illegal, and highlighting issues of using social media to build tangible, trusting relationships.

If you need some help to avoid targeting the wrong people online with your Social Media campaigns, take a look at what we have done already and contact us today!

The Digital Marketing Monthly Round-Up: 10 Things That Happened in October 2018
What is RankBrain? - Google's RankBrain Explained